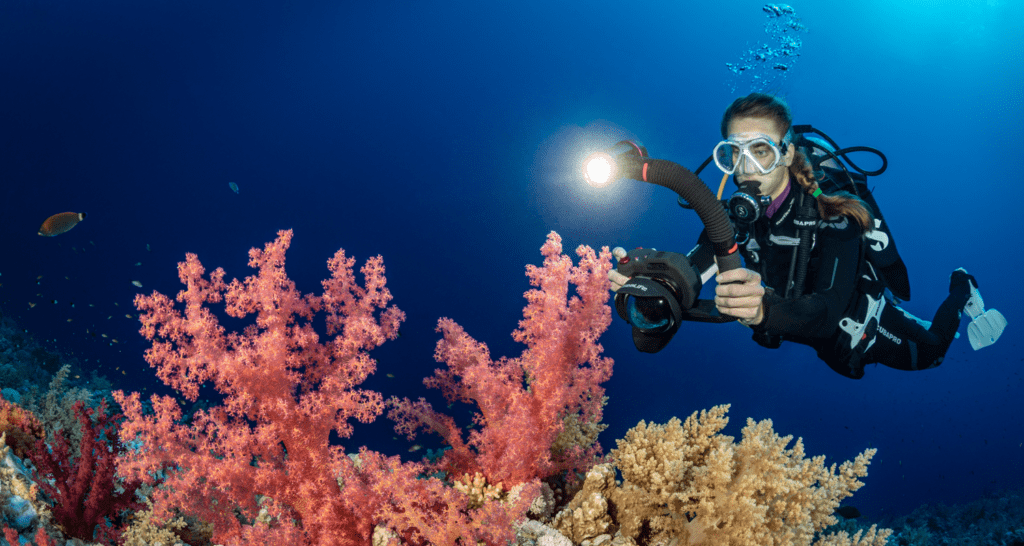 Features to look for in Underwater Photo and Video Lights

By The SeaLife Staff

In our article How to Select an Underwater Dive or Photo-Video Light, we covered some of the basic features to look for.   Since there are many digital camera options now, and the fact that these cameras require a substantial amount of light to produce a acceptable and colorful image, we want to focus on the most important features to look for in underwater imaging lights; whether it’s still photography or video. The Sea Dragon 2000 runs for an hour at full power. The Sea Dragon 4500 Auto offers a color rendering index of 96.